When Life Isn’t Fair – Get Over it or Get Frustrated 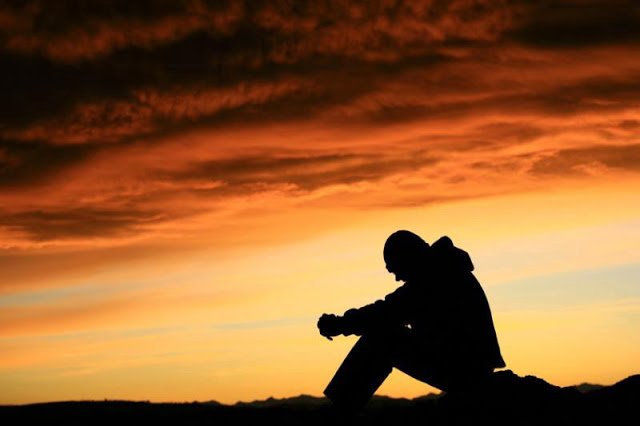 Life isn’t fair – Get over it or get frustrated, it’s your choice. It’s true, and you still have to deal with it. Whining about it rarely levels the playing field, but learning to rise above it is the ultimate reward.

The unfairness of life in this world is a harsh and unpleasant fact that we find difficult to accept, rationalize or question.

Life isn’t always fair. Some people are born into better environments. Some people have better genetics. Some are in the right place at the right time. If you’re trying to change your life, all of this is irrelevant. All that matters is that you accept where you are, figure out where you want to be, and then do what you can, today and every day, to hold your head high and keep moving forward.

What can we do about it? As individuals we must try our best to achieve our potential. The world will be a better place if each one of us try our best to educate ourselves, acquire skills and knowledge and apply them in an ethical and productive manner. Instead of whining and wailing at the imperfections and inadequacies of life, we can follow and take support of the brave and honest leaders and mentors.

Let’s see unfairness with different lens;
Actually the problem isn’t that life is unfair – it’s your broken idea of fairness.

The truth is, life is just playing by different rules. These rules are bit complicated, and lots less comfortable, which is why most of people never want to think – understand – learn that. Let’s have a look at those rules.

Rule #1: Life is a competition

That business you work for, someone’s trying to kill it? That job you like, someone would love to replace you with a computer program? That girlfriend / boyfriend / high-paying job / award / prize that you want, so does somebody else.

We’re all in high-level of competition, although we prefer not to realise it. Most achievements are only notable relative to others. You run more kilometres, swam more miles, or can dance better, or got more Facebook Likes than the average. Well done !

It’s a painful thing to believe, of course, which is why we’re constantly assuring each other the opposite. “Just do your best”, we hear. “You’re only in competition with yourself”. The funny thing about platitudes like that is they’re designed to make you try harder anyway. If competition really didn’t matter, we’d tell struggling children to just give up.

Fortunately, we don’t live in a world where everyone has to kill each other to prosper. The blessing of modern civilisation is there’s abundant opportunities, and enough for us all to get by, even if we don’t compete directly.

But never fall for the collective delusion that there’s not a competition going on. People dress up to win partners. They interview to win jobs. If you deny that competition exists, you’re just losing. Everything in demand is on a competitive scale. And the best is only available to those who are willing to truly fight for it.

Rule #2. You’re judged by what you do, not what you think

Society judges people by what they can do for others. Can you save children from a burning house, or remove a tumour, or can impress someone by your speech / dress or make a room of strangers laugh? You’ve got value right there.

That’s not how we judge ourselves though. We judge ourselves by our thoughts. “I’m a good person”. “I’m ambitious”. “I’m better than this.” These idle impulses may comfort us at night, but they’re not how the world sees us. They’re not even how we see other people.

Well-meaning intentions don’t matter. An internal sense of honour and love and duty count for squat. What exactly can you and have you done for the world?

Abilities are not prized by their virtue. Whatever admiration society awards us, comes from the selfish perspectives of others. A hard working janitor is less rewarded by society than a ruthless stockbroker. A cancer researcher is rewarded less than a supermodel. Why? Because those abilities are rarer and impact more people.

We like to like to think that society rewards those who do the best work. Like so: But in reality, social reward is just a network effect. Reward comes down mostly to the number of people you impact:

Write an unpublished book, you’re nobody. Write Harry Potter and the world wants to know you. Save a life, you’re a small-town hero, but cure cancer and you’re a legend. Unfortunately, the same rule applies to all talents, even unsavoury ones: get naked for one person and you might just make them smile, get naked for fifty million people and you might just be Kim Kardashian.

You may hate this. It may make you sick. Reality doesn’t care. You’re judged by what you have the ability to do, and the volume of people you can impact. If you don’t accept this, then the judgement of the world will seem very unfair indeed.

Rule #3. Our idea of fairness is self interest

People like to invent moral authority. It’s why we have referees in sports games and judges in courtrooms: we have an innate sense of right and wrong, and we expect the world to comply. Our parents tell us this. Our teachers teach us this. Be a good boy, and have some candy.

The problem isn’t that life is unfair; it’s your broken idea of fairness. Take a proper look at that person you fancy but didn’t fancy you back. That’s a complete person. A person with years of experience being someone completely different to you. A real person who interacts with hundreds or thousands of other people every year.

Now what are the odds that among all that, you’re automatically their first pick for love-of-their-life? Because – what – you exist? Because you feel something for them? That might matter to you, but their decision is not about you.

Similarly we love to hate our bosses and parents and politicians. Their judgements are unfair. And stupid. Because they don’t agree with me! And they should! Because I am unquestionably the greatest authority on everything ever in the whole world!

It’s true there are some truly awful authority figures. But they’re not all evil, self-serving monsters trying to line their own pockets and savour your misery. Most are just trying to do their best, under different circumstances to your own.

Maybe they know things you don’t – like, say, your company will go bust if they don’t do something unpopular. Maybe they have different priorities to you – like, say, long term growth over short term happiness.

But however they make you feel, the actions of others are not some cosmic judgement on your being. They’re just a by-product of being alive.

Can you imagine how insane life would be if it actually was ‘fair’ to everyone? No-one could fancy anyone who wasn’t the love of their life, for fear of breaking a heart. Companies would only fail if everyone who worked for them was evil. Relationships would only end when both partners died simultaneously. Raindrops would only fall on bad people.

Most of us get so hung up on how we think the world should work that we can’t see how it does. But facing that reality might just be the key to unlocking your understanding of the world, and with it, all of your potential.

Always remember: if life is always fair to everyone, no one would have become HEROS! Write your story – yourself, be the Hero of your life, and yes, life was, is and always will be unfair. 😀😀